The licenses are associated with a specific device upon activation and do not work on other computers.

To check if you are using a license bound to a specific hardware, open the license page and check if the System ID parameter is not empty. 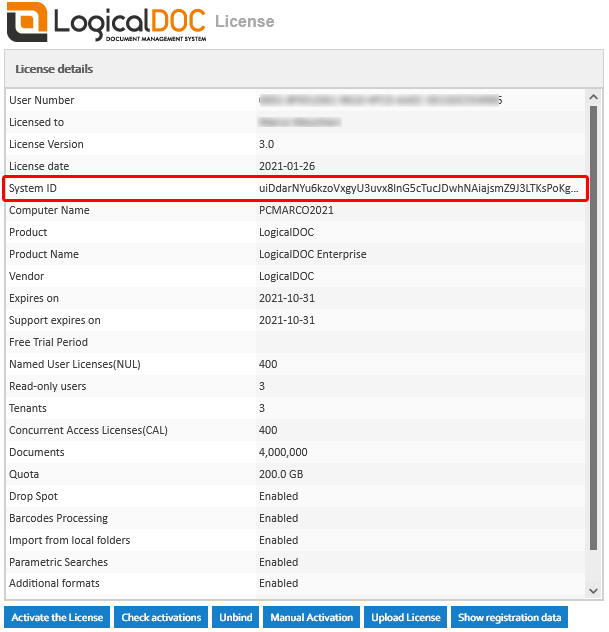 The "License Unbind" is the procedure to detach the license from the current hardware so it can be activated in another computer.

From the license page, click the button Unbind and wait for the completion of the procedure. At the end your license has been unbound and you can activate it again on another device.

After the unbind the license gets invalid in the current computer and LogicalDOC will stop to work. Of course you can activate the same license code again in the same computer in the respect of the maximum activations number you are granted.